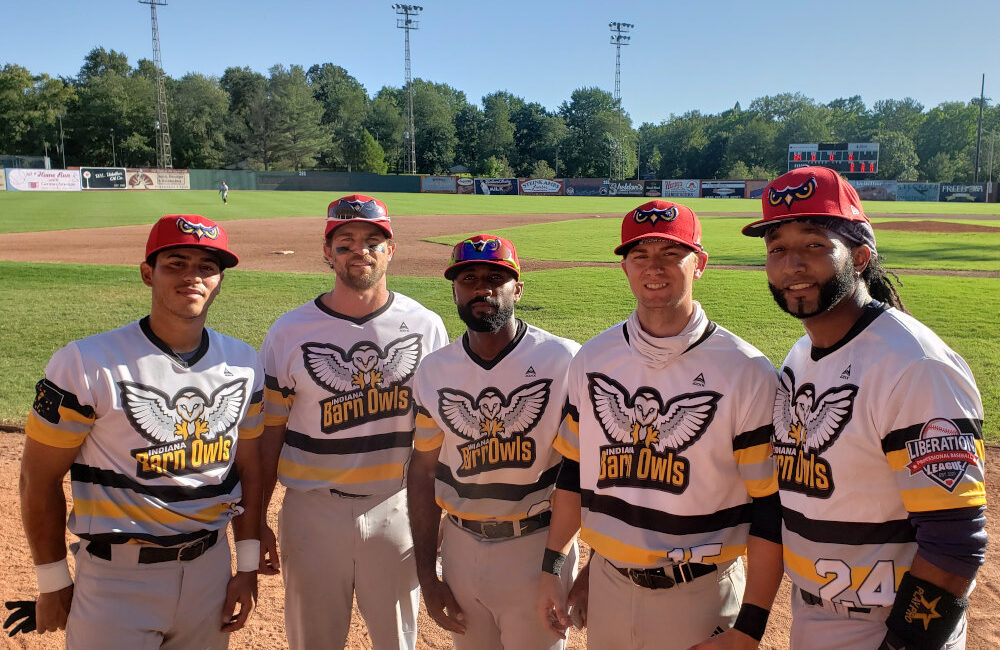 The Baseball Resume Bandits acquired some key players and played a great game Sunday to bring home the victory over the Indiana Barn Owls. The Indiana Barn Owls brought in Cody Strayer who was recently pitching for the Washington Wildthings who usually play in the Frontier League but were operating a four team league out of their stadium this season in Washington, PA. Strayer has a very unique submarine delivery which makes his pitches sick, wicked, and nasty.

The Bandits displayed a consistent offensive effort. Adarius Moody hit a bomb in his first game in the Liberation Professional Baseball League for the Bandits to make his presents known.

Sam Burton, co-founder / owner of BaseballResume.com , was the closer for the Bandits shutting the door on a last inning rally from the Barn Owl’s offense. Burton pitched for the York Revolution of the Atlantic League last season and is also pitching in the Lexington Legends Battle of the Bourbon Trail this season in front of his friends and family since that is his hometown.

This week the Liberation League is going to a Wednesday, Thursday, Saturday, Sunday schedule with all game times starting at 6:30pm. We don’t want to interfere with high school football here locally since they are going to go ahead with their season which we are in full support of. #letthekidsplay

The California Dogecoin face the @windstormbasebal

Find A Way! The California Dogecoin have 3 wins un