Congratulations To The Pacifics 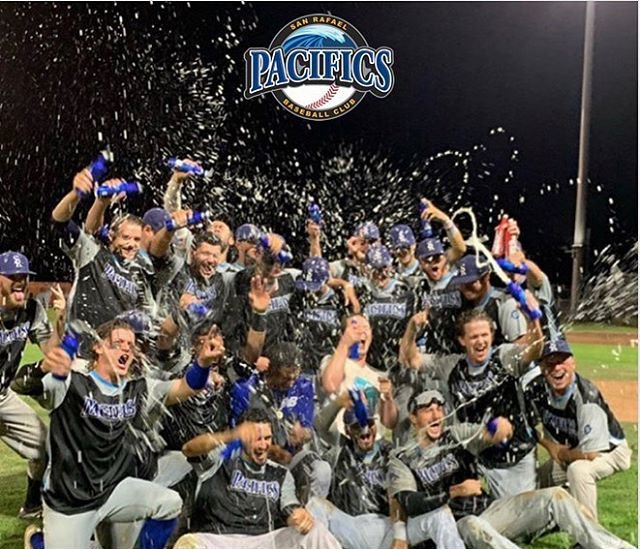 Jailen Peguero took the mound for San Rafael in the bottom of the seventh on Sunday and didn’t stop pitching until the Pacifics had clinched both the victory and a second consecutive Pacific Association title.

Peguero faced 11 batters, retiring nine of them to earn the three-inning save as San Rafael topped host Sonoma 5-3 in the Game 3 of the Championship Series.

The win allowed San Rafael to defend its title from last season and win its fourth overall Pacific Division title — claiming championships in 2014, 2015, 2018 and 2019.

Brock Knoten pitched the middle three innings of the game to earn the victory. San Rafael trailed 3-2 when he entered and had tied the game 3-3 when he exited after the sixth inning. The Pacifics scored twice in the top of the seventh, with Ermindo Escobar delivering the go-ahead hit.

Raul Navarro and Yeiler Peguero both had two hits apiece atop the order for the Pacifics. Mike Annone delivered the game-tying hit in the top of the fifth.