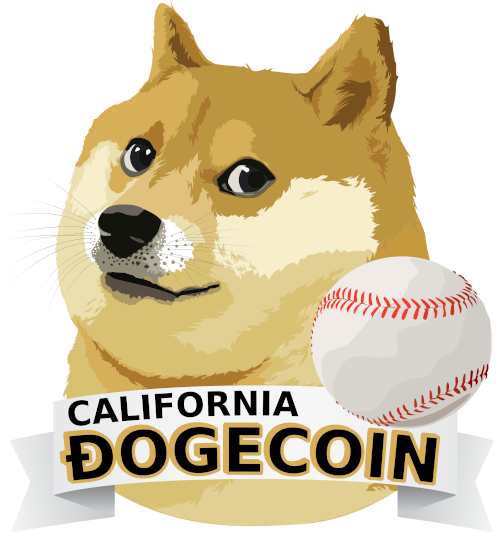 The Pacific Association of Professional Baseball is expanding into a new market! Fairfield, California will be the home of The California Dogecoin of Fairfield! WOW! Fairfield is an excellent location for a number of reasons. It is far enough away from markets that have affiliated minor league teams located in Stockton and Sacramento and also far enough away from the San Francisco Giants and Oakland A’s yet close enough to the other markets in the Pacific Association of Professional Baseball Clubs. Fairfield has a population of over 116,000 people and is a great location for fans to catch a game that is close with a great brand of baseball which has showcased former Major League talent as well as players who eventually made it to the Majors after playing in the Pacific Association.

Confused By The Name?

What is Doge? Dogecoin? How is it pronounced? Hahahhahh……all questions we all asked ourselves when we first saw it as well. It is a lot to explain but to sum it up the Doge meme spread across the Internet in 2013 like a virus. Then is December of 2013 when Bitcoin and Litecoin were going parabolic a crypto currency called Dogecoin was created for fun because the other crypto currencies were all so serious. The meme army grew and spun off hilarious memes and unbelievable pieces of art over the years.

The pronunciation is something a lot of people have argued about. When it came out I was calling it “Doggie Coin” and continued to do so for years because people would try to correct me which I thought was humorous. You can listen to the audio on Google here and this is how most people pronounce it. You can call it whatever you want though!

Why?!?! What Does This Have To Do With Baseball?

The Pacific Association is in a unique location close to tons of crypto currency investors and blockchain startups providing a unique marketing opportunity. Outside of Major League franchises it is often tough to engage a fan base beyond a small geographical location. What if a minor league franchise had a global fan base? Hmmmmm What if that fan base liked the merchandise and also were excited to see their favorite dog on hats and jerseys?

There hasn’t been a professional sports team named after a crypto currency until now! A new decade is coming and all roads lead to Dogecoin! World wide payments at the speed of light! Let’s be honest with ourselves, Mark Zuckerberg should drop this Libra crypto currency idea for Facebook and save himself the trouble and mental anguish at those Senate hearings. He should just “Invoke The Doge” and the world will give him the nod of approval!

You Still Haven’t Answered What This Has To Do With Baseball?!?!?!!!

If you are playing or watching baseball and aren’t having fun you are doing something wrong! Baseball and Dogecoin are all about a fun experience! Nuff said brotha!

The California Dogecoin face the @windstormbasebal

Find A Way! The California Dogecoin have 3 wins un

Last pitch of the first game in the Liberation Pro

Ready for the first game tomorrow at 6:30! The Cal